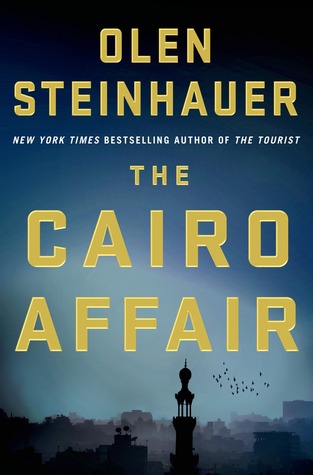 I first got on the Olen Steinhauer train when I read The Tourist a few years ago. I liked the gritty psyche of Milo Weaver, the main character, and found the story engaging me through what ultimately became a trilogy (with the books The Nearest Exit, and An American Spy). But then I lost track of Mr. Steinhauer for a while and so it was not until this year that I picked up and read “The Cairo Affair” which was actually published in early 2014.

Steinhauer writes some of best spy fiction currently on the market. His characters are rich and complex creations who often internalize the contradictions of the world they inhabit. In “The Cairo Affair” he takes another big step towards realism with a story that has its roots in the war-torn Balkans of the 90’s, and subsequently blossoms during the tumult of the Arab Spring.

It’s an ambitious story, not least because it deals with events of such recent date, but Steinhauer steers the narrative with a sure hand. I found myself incapable to put the book down once I had started, and so ended up reading it all in a single sitting. It’s modern setting notwithstanding, it evokes many of the same emotions as do the greats of classical espionage fiction.